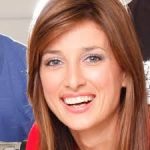 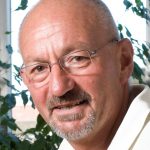 Profile
Conflicts of interest last three years: Cochrane Methods Innovations Fund grant to develop guidance on the use of regulatory data in Cochrane reviews (2015-2018); member of three advisory boards for Boehringer Ingelheim (2014–2016); member of an independent data monitoring committee for a Sanofi Pasteur clinical trial on an influenza vaccine (2015-2017); occasionally interviewed by market research companies about phase I or II pharmaceutical products for which he receives fees (current); relator in a False Claims Act lawsuit on behalf of the United States that involves sales of Tamiflu for pandemic stockpiling, if resolved in the United States’ favour, he would be entitled to a percentage of the recovery; co-holder of a Laura and John Arnold Foundation grant for development of a RIAT support centre (2017-2020) and Jean Monnet Network Grant for The Jean Monnet Health Law and Policy Network (2017-2020); unpaid collaborator to the project Beyond Transparency in Pharmaceutical Research and Regulation led by Dalhousie University and funded by the Canadian Institutes of Health Research (2018-2022).

Thorkild I. A. Sørensen, Professor, University of Copenhagen, Denmark